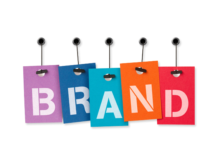 Tarun Tejankit is a Prestigious Award given by the Marathi Media House Loksatta. This award is given to the youths under the age of 40. This award recognises the future leaders, this award recognises those who have done something innovative in the area of work. This year Loksatta invited entries from the participants across the country. Loksatta received more than 450 nominations from across the country. PriceWaterHouseCoopers (PWC) was the knowledge partner for this awards, PWC scanned these applications and shortlisted only 45 to the jury for their opinion.

Jury for the Awards

Five member team was constituted by the Loksatta to screen the nominations and announce the awardees. NSE Chairman Vikram Limaye was the Head of the Jury Panel. The panel consisted of eminent personalities from different fields such as research and arts and was represented by Priyadarshini Karve, MIDC CEO Dr. P. Anbalagan,Kamlakar Sontakke, Founder of Snehalaya Dr. Girish Kulkarni.

Chief Guest of the Tarun Tejankit

Total 14 youth icons were selected by the Panel of the Jury and the awards were presented by Dr. Anil Kakodkar who was Director of Bhabha Atomic Research Center in the year 1996 and was the Chairman, Atomic Energy Commission and Secretary to the Government of India, Department of Atomic Energy. He was accompanied by Pt Ulhas Kashalkar

Dr. Apurva Joshi is one of those youth icons who worked hard to gain glamour to the profession of Risk Management. She is the author of Students Handbook on forensic accounting.

Dr Apurva is a research scholar on the subject of Market Intelligence. Apurva’s Journey as an entrepreneur in the domain of forensic accounting was covered in the book of Rashmi Bansal.