“I participated to Indiaforensic’s (IF) fraud conference in June 2008, and, despite IF being a young organization, I was extremely impressed by the capacity and maturity of its staff. I had the privilege of sharing the podium with first class speakers from some of India’s main corporations, currently operating on global markets. In addition, the high profile of organizations represented in the audience, is a further tribute to IF’s capacity to raise interest in the topic and attract big players that contributed to an intense exchange of ideas and networking opportunities” – says Mr. Christian Kammer – the high profile Sr. Forensic Accountant from World Bank.

Mr. Kammer who entered the World Bank in 2001 has lots of previous experience in the anti-fraud field. He had just graduated from University and had completed an internship at the Office of the European Commission in Milano, mostly engaged with assisting the Commission’s counsels in a case of fraud to the European Social Fund allegedly committed by an entity in Milano when he was hired by a small CPA firm in Milano and Monza. This firm had engagements with the local Criminal Courts involving cases of fraudulent bankruptcies, as well as with prosecutors investigating Clean Hands cases.

At a very early age – in his early 30s – Mr. Kammer started taking his own assignments with the Tribunal of Monza regarding cases of fraudulent bankruptcies. This was the time when he had to appear in court during criminal procedures as an expert witness, testify about his findings and be cross examined by defense lawyers. All this helped him to gather a lot of experience as well as expertise.

Mr. Kammer also worked with the forensic accounting division of one of the Big Four, in Milano, for two years. He was so effective with his work over all these years that he still retains his ties and engagements with the Tribunal and Prosecutors in Monza.

And then came the big name – World Bank. In early 2001, Mr. Kammer joined the Anti Corruption and Fraud Investigation Unit (now Integrity Vice Presidency – INT) of the World Bank. The Unit, at that time, was in its pioneering stage, with a staff of about fifteen, including support staff and consultants. He participated to the selection process under international recruitment. His profile and background (high profile and large scale white collar crime investigations, big four, expert witness, languages, and IT) probably was seen as a good fit to complement a more traditional investigative skill set at that time present in INT.

This gives us an idea of the responsibilities Mr. Kammer handles effectively and why he becomes a leader in the anti-fraud domain.

Mr. Kammer has worked upon a large number of cases both in the private sector as well as in the World Bank. While working for the private sector, during 1995-2000, he worked on six to eight cases per year, generally divided between three major cases, and the rest were short engagements. During this time he also started developing my skills in use and design of IT tools to support forensic accounting investigations, including designing a program for insurance companies to proactively monitor contracts and transactions to identify fraud red flags.

At the World Bank, he has conducted and led a number of investigations and proactive, diagnostic reviews, such as Detailed Implementation Revie

ws (DIR), since the very beginning. From early 2001 to 2009, in a way or another, he was involved in approximately fifty cases, including verifications of companies joining INT’s Voluntary Disclosure Program (VDP), in addition to leading or conducting six DIRs.

Though any investigator is involved in resolving large number of cases, he has some personal favorites, some cases he specially remembers. Same is the case with Mr. Kammer. He remembers that at the outset of his professional life, in Italy, he participated to significant investigations involving some of Italy’s major corporations and politicians. He worked on data provided by foreign banks and was able to reconstruct the flow of money from the source, Italian corporations, into off-shore bank accounts, and from there being shredded and blended into a galaxy of other transactions and eventually become “black funds” for illegitimate payments.

He also remembers investigating a major transfer pricing fraud case involving the Italian subsidiary of an American multinational corporation. The headquarter was imposing transfer prices for goods manufactured in the Italian plant well below average production cost, let alone market price, thus maximizing its own profit when selling the goods on the international market. At the same time, the headquarter was implementing its decision to scale down manufacturing operations in Italy by driving the Italian company into bankruptcy to circumvent local labor regulations and negotiations with the unions.

Despite of all these achievements, if we speak to him about the title of “Leader in Anti-fraud Profession” given to him by Indiaforensic, he modestly says, “I am sincerely honored of the recognition given to me by Indiaforensic and Fraudtoday, however I feel there are many professionals who inspired and taught me a lot. I respect each and every one of my colleagues in the anti-fraud community that, in my view, is a community of peers, where everyone has unique skills and experience. In the course of my career, I have taken certain decisions, and risks that allowed me to pioneer certain areas of the profession, benefiting from being in the right place at the right time, as have done other colleagues. This profession has experienced growth and diversification over the last fifteen years or so, probably second only to IT. It has evolved from taking bean-counters and almost forcing them to make a swing in mindset to become fraud investigators, to a very structured and multi-disciplinary approach to financial investigation, with a growing number of specialized areas, ranging from audit to sophisticated IT applied to investigations. This is the profession where change is the daily bread and butter, no case is like the previous and innovation is a must. If someone is sticking to approaching it the traditional manner, with a pencil and a calculator, trying to reconcile A to B without applying skeptical thinking, innovative problem solving, supported by the correct use of technology, will in my view lose the train and be left behind.”

When we asked Mr. Kammer that 5 years down the line, where does he see the anti-fraud profession globally, he said – “Forensic accounting is growing at a high pace, and is diversifying quickly into various streams. In my view this is because increasingly more operators in different sectors and areas realize the value added of forensic accounting in identifying, investigating fraud, as well as establishing systems to proactively analyze and diagnose risks and exposure to fraud. This is ranging from supporting criminal investigations, with forensic accountants acting as consultants or expert witnesses in criminal procedures, to consulting and assurance work in the private sector, as well as international organizations. Therefore the profession is moving and permeating various different scenarios, the market is wide open, the demand still higher than the offer, especially with regard to certain niches. The profession is increasingly experiencing forensic accountants becoming regular staff of big organizations, rather than the work being outsourced. This trend will probably continue for some time.”

When asked about the situation of India from frauds perspective, Mr. Kammer says,“India is no different from any other country: where there is money, hidden interests may result in circumvention of regulatory frameworks, thus in fraud and corruption. India, as one of the fastest growing economy, is in a very interesting situation, because I see it having to deal with a dichotomy, a gap between significant impetus of investments in the private and public sectors, and, a regulatory framework that is relatively slow in getting tuned with the reality in the markets. This applies to almost all countries with fast growing economies I have operated in. In fast-emerging countries, there is a lot of investment in markets that are not very well scrutinized, especially in infrastructure. The checks and balances are relatively low and therefore the opportunity for government officials and corrupt companies to collude to skim off certain amounts is really very high.”
In fact, according to Mr. Kammer, fraud and corruption know no national boundaries; they do not stay within jurisdictions. Rather, the fraudsters know the systems very well and take full advantage of the differences or gaps across national jurisdictions and they are fast in learning and adapting. He says, “Coordination and synchronization amongst national agencies of different nations is key, as well as adoption of a uniform sanctioning platform across countries and international organizations. Significant progress is being made in recent times with the adoption of international conventions (e.g. OCSE convention) and the implementation of national laws, as well as ongoing initiatives amongst international development agencies to standardize the sanctioning process and implement sanctions whereby if an entity is sanctioned by, say, the World Bank, the other development agencies also black-list that same entity based on principles of cross-debarment. The real challenge here is speed: regulators typically operate within constrained frameworks compared to fraudsters.”

According to Mr. Kammer, fraudsters are very creative and the manner frauds are committed is continuously evolving. Frauds permeate any aspect of financial life of people and organizations, ranging from investment scams, to all different shades of white collar fraud (to the benefit or the detriment of organizations), to fraud and corruption by or to public entities (officials or organizations). Staying ahead of the game is the key and professionals need to have the right mindset coupled with technical skills. There are many very good accountants and auditors, however not everyone has the right combination of skill set to allow them to effectively operate in the forensic accounting arena. Investigative mindset, skepticism and solid investigative experience are keys to obtaining good results in the profession.

Mr. Kammer also says that one should be driven to pursue continuous professional education because the anti-fraud profession is going in so many different directions and each forensic accountant has something to share. Education, training and workshops are critical to the profession. That’s how one gets to know what is out there (the red flags, the viruses and the symptoms) in order to learn or come up with innovative solutions on how to deal with them.
That is, therefore, one very important reason why I feel that Indiaforensic are doing a great job for the anti-fraud community by frequently arranging for the members to gather together. 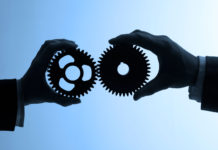 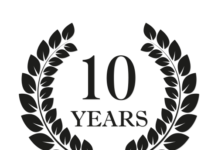